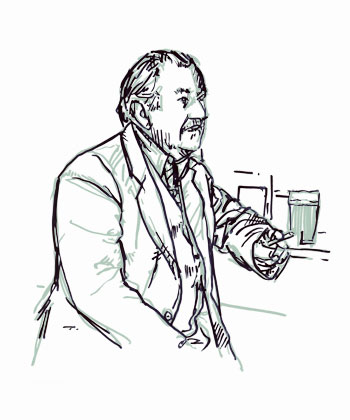 George Campbell (1917-79) was one of Ireland's most pre-eminent painters of landscapes and still life. Born in Arklow, Co. Wicklow, the son of the highly respected artist Gretta Bowen, Cambpell first began to paint in the early forties in response to the bombing of Belfast. An early friend of Gerard Dillon, the pair painted in Connemara in the 1940s. In 1951 Cambpell first visited Spain, and the atmosphere of the country had such a profound effect on the artist that he returned there on painting trips nearly every successive year.

He also exhibited at the RHA, the IELA, the Oireachtas and in the seventies had a number of solo exhibitions at Kennys.

He is represented in most major public and private collections.