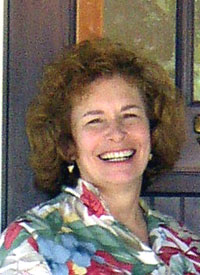 After travels through the western United States, Canada, Mexico and Hawaii, Susan traveled to Ireland, Scotland, Wales and England. Her intense interest in the natural beauty of Ireland resulted in a move to County Mayo in 1991, where she resided for over three years. While in Ireland she was involved in numerous solo exhibitions, as well as a number group shows, and organized and taught watercolor and oil painting classes for adults. Susan has taught palette knife oil painting classes at the Taylor Gallery in County Sligo, Ireland and was awarded the Boerner Botanic Garden (Milwaukee, Wisconsin) Artist of the Year in 1999. Dividing her time between Ireland, and the Pacific Northwest, she is currently painting gardens and plein air landscapes.

Susan Hazard has been exhibiting her garden and landscape oil paintings at The Kenny Gallery for many years now. In the United States she is represented by Judith Hale Fine Art Gallery of Los Olivos, California. An exhibition of her work is also in the Prince's Arms Hotel in Trefriw, North Wales.