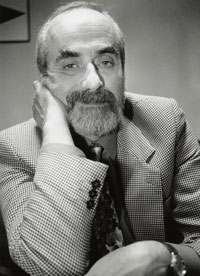 Born in Dublin in 1943 he was raised and always considered himself a native of Northern Ireland. He studied art in Belfast and London, graduating in 1964. He moved to Galway with his young family in 1975 where he took up the post as Head of the fledgling Department of Art & Design in the new Regional Technical College (GMIT).

Enthralled by the light and "immense sky" of the West of Ireland, and especially that of his beloved Burren, McCormick augmented his earlier staple of portraits, nudes, still life studies and cityscapes with bold and expressive landscapes. As "Harland and Wolff" gave way to Corrib Islands McCormick used diverse locations, indeed as far afield as New Zealand on a 1993 trip, as a framework to express his own imaginative style. In the artist's own words "it is not an attempt to record the actuality of such places, rather my response to colour and mood and to capture atmosphere". With this in mind he was free to distil vibrant essence - a most luscious palette and unhindered composition yield what remain truly memorable paintings. Vital emeralds, purple and primary dashes, golden glazes build physically on his canvas. Fluid and skilfully effortless lines play with impressionistic passages and will remain in the memory of those who have seen, bought and studied the work of Hugh McCormick.