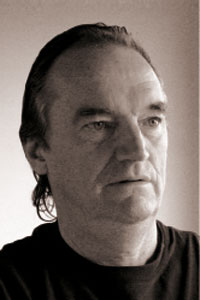 John Dinan lives in Cross, County Mayo where he has his studio. He qualified as an Electrical Engineer and after a successful business career he opted to switch to art full-time almost ten years ago .He studied painting at the National College of Art and Design (NCAD), as well as with Henry Healy RHA.

His work reflects his interest in strong shapes and colours, and his brushwork is usually vigorous. He paints mainly in oils, but has also produced a number of etchings. He has a keen interest in portraiture and has completed many private commissions.

John Dinan has had solo, shared and many group exhibitions, is a leading exhibitor in many major Irish galleries and has exhibited at the RHA and Oireachtas exhibitions. He is a founder member of The Portmarnock Art Group. He also runs very popular painting workshops from his studio.

He has been commissioned by several major Irish commercial organisations, and his work has featured in corporate publications.